2013 comes to a close tonight. Looking back, it’s been a pretty incredible year. I ran more miles than ever before, got some new PR’s, and tested my legs over some longer distances. I also learned a lot about myself and my running. Below is a list of some highlights, lowlights, and lessons learned from the year.

1. I like ultra races. 3 years ago, even a marathon was unthinkable to me. Then I ran one. And another. I upped the ante and ran two 50k’s this year. I was fortunate enough to have a great time at both, set course records, and win a national championship. I saw the benefits of doing longer runs on tired legs. I learned that fueling is really important when you’re running for 3+ hours. I learned that I really like running longer distances and as a result, am planning on doing several ultras this year, including Way to Cool 50k and my first 50 miler in August in Squamish. I am already looking forward to running even longer races.

At Stinson Beach during the Headlands 50k

2. 5th straight fastest time award in the Dipsea. I train hard for this race every year and to have it pay off as it has is immensely rewarding. I love this race and will continue to run it, and make it a big priority, for many years to come. June just isn’t June without the Dipsea (and Woodminster and Double Dipsea).

Nearing the turn off of Highway 1 in the Dipsea

3. New PR’s in the 10k (track and road), Dipsea, 12k, 10 mile, marathon, and 50k. My training during the spring and summer was very consistent and heading into Boston, I knew I was fit. The 10 mile and 12k on the roads and 10k on the track were nice bonuses en route to my marathon PR at Boston, which really couldn’t have gone better from a race strategy and execution standpoint. The 10k road PR was a bit of a surprise as I hadn’t been training as well as I thought I should have been following Boston, but it gave me a big boost heading into the Dipsea, where I was able to run my fastest time by over a minute. I’m one step closer to getting one of each of the 35 black shirts. The 50k PR was less of a big deal to me because it’s automatically a PR when you’ve never run the distance before, and Bootlegger was on a considerably faster course than Headlands, so I’m kind of qualifying that one until I get a few more under my belt. 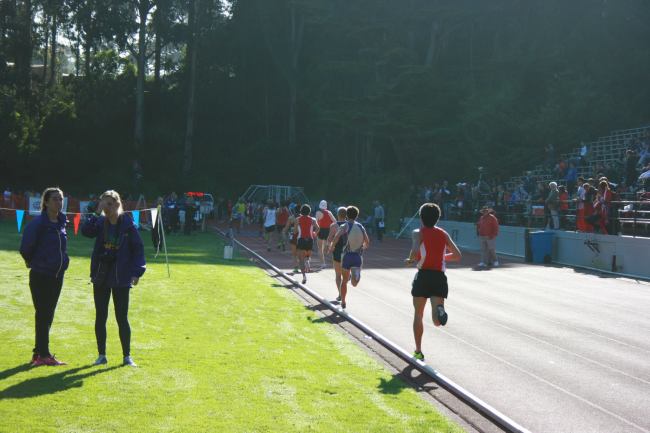 Lots of guys sub-30:00 at the SF State Distance Carnival

4. Finding the time to run a few 100 mile weeks and stay pretty consistently above 80mpw. Running that high mileage took a lot of discipline and I’m glad that I can say it paid off. I’ve been smarter with my training and have managed to stay injury-free. I hope I can keep it up.

5. Longer long runs. I ran several 20+ mile long runs this year, including a couple on back-to-back days. I think these really helped with my strength, and when I combined them with the faster track and xc workouts during the week, I’ve become a more versatile runner than ever and look forward to honing this type of training going forward. Being able to run all over Mt. Tam also makes it really easy to get lost for 3 hours on a run.

6. Always give it your all. In July I went into the US Mountain Running Championships telling myself that it was ok if I didn’t make the US team because I’d never been in this sort of competition before. I missed the team by 2 spots and was really disappointed. I was more disappointed in the fact that in the weeks leading up to the race, I neglected to do any type of specificity training because I was afraid that I’d do it and still not make it. Well, not doing the training and not making it is way worse than putting in the work and not making it. I’ll never make that mistake again, as being left with the question: “What if I had done the work?” hurts a lot more than knowing that I put in the work and it just didn’t happen. I learned from that and did the work heading into my 50ks and the xc season, which played out well for the most part.

Podium at the US Mountain Running Championships

7. Boston bombings. While the race was fantastic and I had a wonderful time, the whole event was obviously marred by the bombings. I’m going back this year, as are a lot of friends and I think it’ll be one of the most incredible experiences anyone will have as a runner, or a spectator, in their lives.

8. Prioritizing can lead to disappointment/underperformance. Once I signed up for Bootlegger, I made it my #1 race for the fall. I wanted to do well in xc, but I was always looking towards, and training primarily for, the 50k. I achieved my goals there and in the following xc races, found it difficult to get motivated to really care about PA’s and nationals. I ran really well at PA’s, but didn’t have the normal butterflies heading into it. It was the same with nationals – I was just looking forward to getting the race over with rather than running the race itself. I don’t like when I’m in that mindset and hope to figure out a way to be able to make certain races a priority without completely sacrificing the others, mentally at least. As it stands, I ran really poorly at nationals but just don’t care and that bugs me a lot. 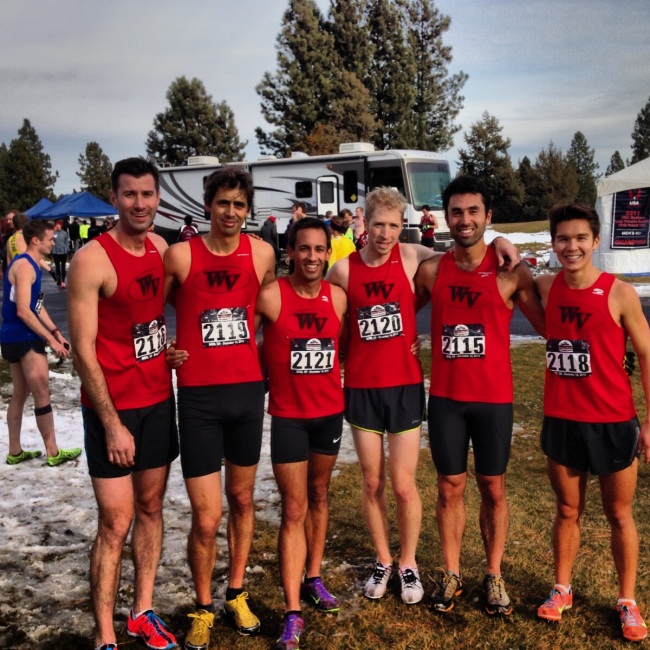 The aftermath of club nationals in Bend, OR

9. Helping out with the Branson xc team. I didn’t get to spend as much time with the kids as I would have liked, but the time I did spend with them was awesome. I got to go to the training camp up in the Trinity Alps, come to some of the invitationals, and make the trip with them to Fresno for the state meet. They’re a fantastic group of kids and I’m so proud of the girls’ team for winning the D5 State title (and MCALs). The guys team deserves a lot of credit too, as they put their best effort forth every race and are building a foundation for a strong team in the future. Everyone worked really hard from the training camp in the summer until the state meet, survived the ups and downs that are inevitable in a long season, stayed hungry, and deserve all of their success. 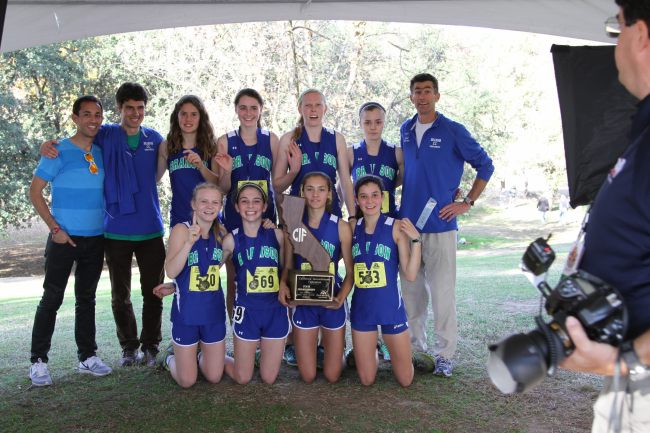 So I think that’s about it for 2013. As one last note, I’d like to thank Osmo for providing me with their awesome products. I use the entire line and it’s really great stuff. Looking towards 2014, my first race is a 50k in mid-January that I’ll be using primarily as a training run in preparation for Cool, which should be rather competitive from what I’ve heard. Until next year, nanu nanu.