For the moment, things seem to be back on track. I’ve been pain free (knock on wood) since I started running again a week and a half ago. The Mt. Tam Hill Climb was the biggest challenge to my legs and their health and everything worked great. I ran a PR for the route (34:19) but was again unable to stay with Galen, as he pulled away fairly early on for a win in 33:30 or so, I believe. My goal (aside from winning) was to stay within a minute of him, so I was pleased. I was also convinced at the top that I had run faster times in previous years, but a perusal of my running log upon returning home proved me wrong. So I’ll take the PR. The rest of the day was spent eating and drinking and hanging out with friends on an absolutely beautiful Labor Day. Thanks to Ryan and Sarah for taking this race over and ensuring its survival, and to everyone else who was out there helping. It was a great event and I can’t wait for next year. 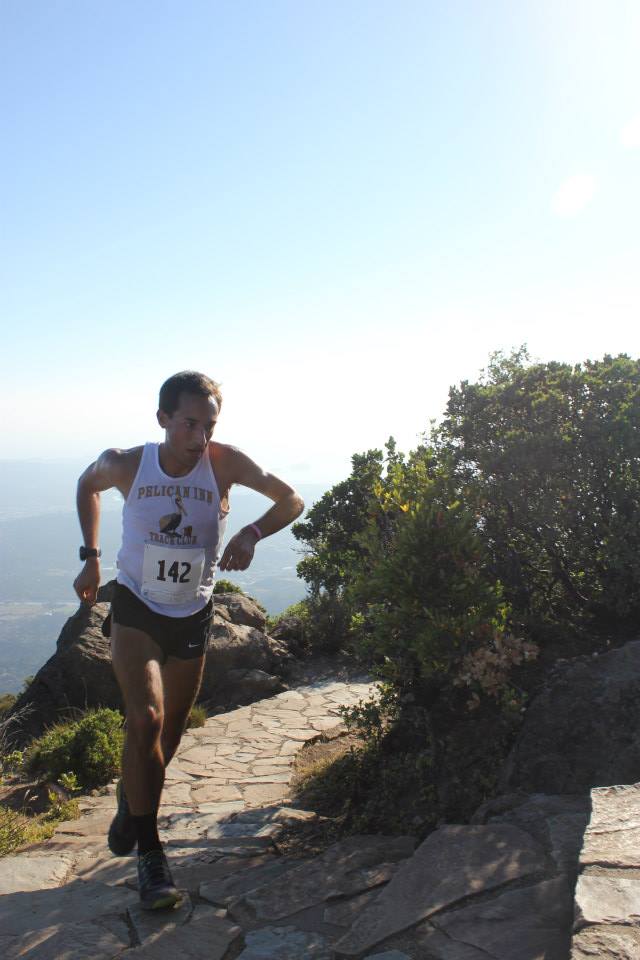 Reaching for the door at the Mt. Tam Hill Climb. Please note, it doesn’t count as a summit if you don’t touch the door.

Last week, I focused on upping my mileage. I kept the intensity low because, well, you really shouldn’t raise intensity and volume at the same time, and I didn’t want any more setbacks. I spent the weekend in New York/New Jersey with Rachelle for Abby and Rob’s wedding. It was a lot of fun seeing friends I hadn’t seen in a couple of years and I managed to make it home to SF on Sunday without being too tired or hungover. However, I will say that running in NYC in the summer can be brutal. On Friday and Saturday, it was 85+ degrees with a ridiculous level of humidity. My shoes squelched both days within 8 miles (gross) and I had to cut my planned 20 miler short to 17 miles on Saturday because it was so hot and humid. Also, don’t bother running in Central Park on the weekends. There are way too many people there. I’ll be sticking to the waterfront in the future.

The biggest news, however, is that this week marks my first week working with Jason Koop from Carmichael Training Systems (http://trainright.com/). He comes highly recommended and I’m really excited to see what I can do under his guidance. The hardest thing for me (and I can already tell after 1 official day of following his training plan) will be letting my daily training be dictated by someone else. Ever since college, I’ve been in more or less total control of my training. I’ve decided how far to go on easy days and long runs and now those decisions are being made for me. I’ve had great coaches since then (Carl and Jack most notably) and have done workouts with a seasonal goal in mind, but the plan Koop is putting together for me is longer-term in scope. It’ll be quite different from my training methods in the past, not necessarily in the workouts themselves, but in the duration of the phases. I’ll be working on honing one aspect at a time over several weeks before moving on to the next phase. Instead of looking for results in 2-3 months, I want them to show up in 8-9 months (guess where). Already, I can tell that the plan (not the running itself) will take some getting used to. Looking at a calendar and seeing every day planned out for weeks ahead is a little daunting, but also a relief. I don’t have to think about what I’m doing any given day. I just do it. I take my rest days when they’re scheduled (something I am notoriously bad at) and having someone to oversee my recovery after longer races will be a huge benefit, as I often try to come back too soon. Seeing the schedule laid out in advance will give me a better feel for what we’re trying to achieve with each workout and week. It may also mean that races I originally wanted to peak for have to be run at less-than-peak, but that’s part of the plan. It doesn’t mean I won’t run well at them, it just means I won’t be targeting them in and of themselves. In the words of Dana Carvey as George Bush: “Stay the course. A thousand points of light.”

And speaking of politics (this isn’t about to get deep, trust me), seeing as today is September 11, maybe take a second and reflect. That’s all. 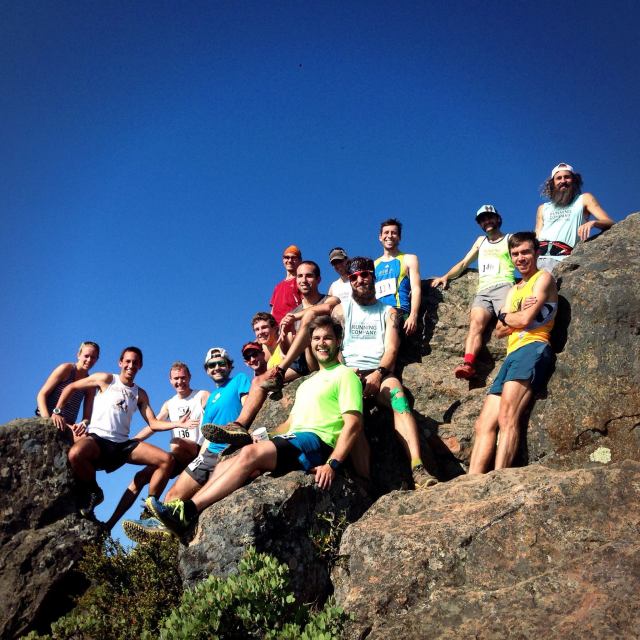 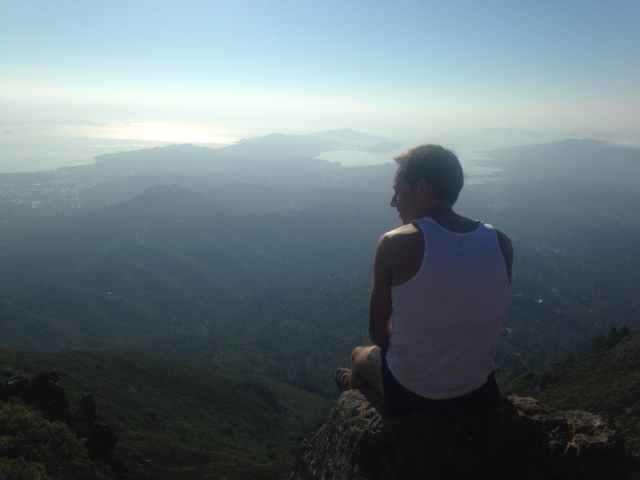 It’s a nice view from the top (credit: Hal Rosenberg)

The Big Stapler bringing it home