I’m rather late in getting this year-end post out, but I regret nothing. Between TNF and now, I’ve done no hard running. It’s been great. All recovery/endurance runs per Koop’s instructions. Christmas and New Year’s were fun, as Rachelle was here for a couple of weeks. We built a LEGO Death Star. 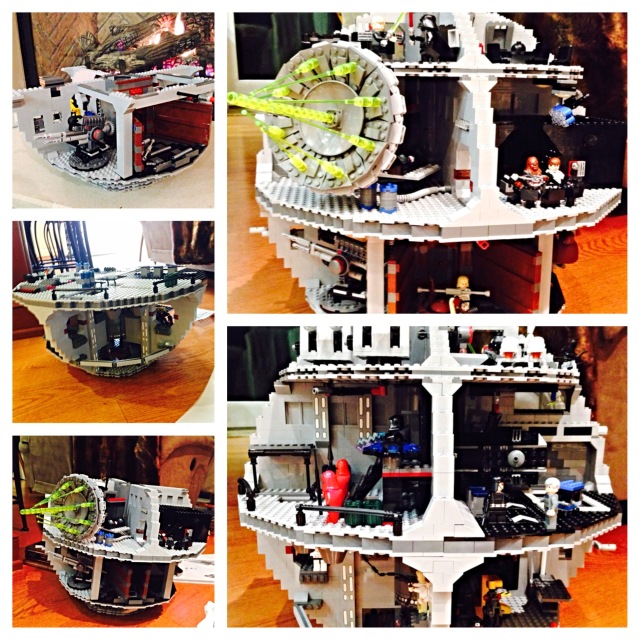 We also spent Christmas at my parents’ house and New Year’s at The Deuce (can’t get enough). Between the two, we ventured up to Mt. Baker (45 mins east of Bellingham, WA), to meet up with some of her friends from Vancouver who rented a house. I didn’t run a step during the 4 days we were in Baker, which was pre-planned, but also fortuitous, as the day before our departure, I slipped in some mud about a mile into my run and slammed my left foot against a tree trunk lying along the trail. I ran the remaining 7 miles in moderate discomfort, but was concerned I’d broken at least one toe, as my foot looked like this that evening: 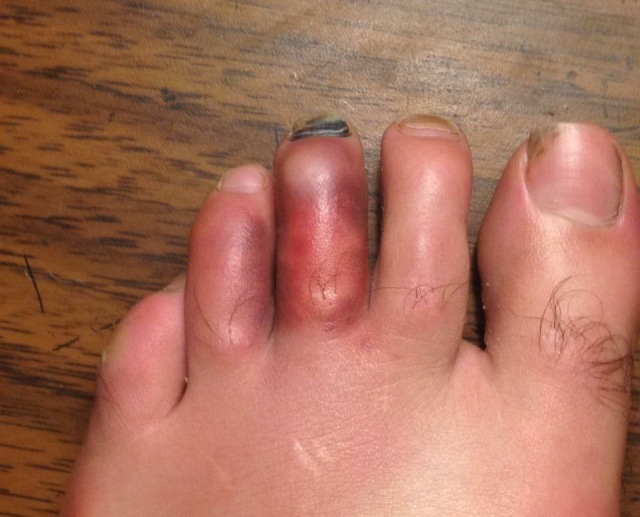 Toejammed but not quite broken. No, my foot is not pretty. I know that.

Thankfully, the swelling and discoloration decreased pretty quickly and I was able to resume running last Wednesday, right on schedule, with relatively little discomfort (it’s now basically back at 100%). In the meantime, however, I managed to pick up a lovely little illness that saw me sleep 31 of the 33 hours between Monday night and Wednesday morning. This setback forced me to postpone my plans to start my workouts for 2015 on Tuesday, but I’m feeling almost 100% today and will start up tomorrow. Time for some VO2 max-type stuff. Anything but tempo 😛

Anyways, enough with the chit chat. Similar to last year, here are some highlights, lowlights, and lessons learned from 2014 (in no particular order): 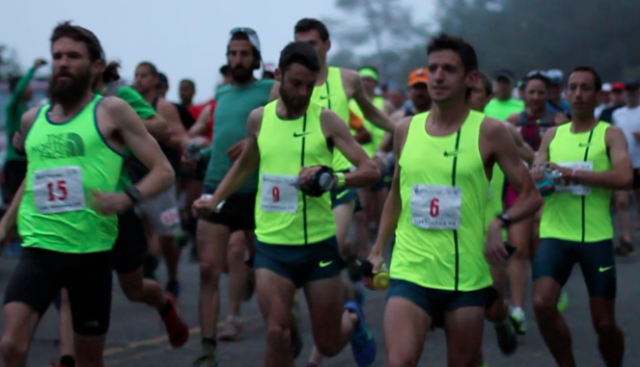 The finish line was most welcome at this point. (credit: Matt Trappe)

a. Crew members: My crew from Western States sticks out the most to me this year. Rachelle, Vargo, and Magda all selflessly volunteered to do a pretty thankless job, namely, getting me to run 100 miles. Rachelle did an amazing job getting everything I needed, being wherever I needed her to be, and putting up with more than her share of petulance along the way from yours truly (“No, this ice pack is too big!”). Vargo and Magda put up with my surliness and gel-induced peaks/troughs as I was dealing with my IT band/knee pain in the 2nd half of the race, but never let me falter and kept me moving towards the finish. Thank you. This experience truly showed me how a good crew can make a race and I’m beyond excited to have 2/3 of it back in place for WS 2015.

b. Teammates: As I already said, being on the Nike team is fantastic. The support we receive from Nike is phenomenal, but the teammates are what really give it a spirit. It’s reminiscent of being back on a college team, with stupid inside jokes, off-color humor, basically everything except the communal showers. It keeps competition fun.

c. Friends: Similar to crew, they provide unfaltering support, although less cajoling is usually involved. One of my favorite moments of the year came just after crossing the finish line at Lake Sonoma, when I got one of the best hugs ever from Jorge, during which Matt Laye came up and said that I’d gotten a spot to Western. So here’s to the friends I’ve made, ones I’ve become closer with, and ones I’m yet to meet. Hard to believe a year ago, the #TamBros were barely a thing. 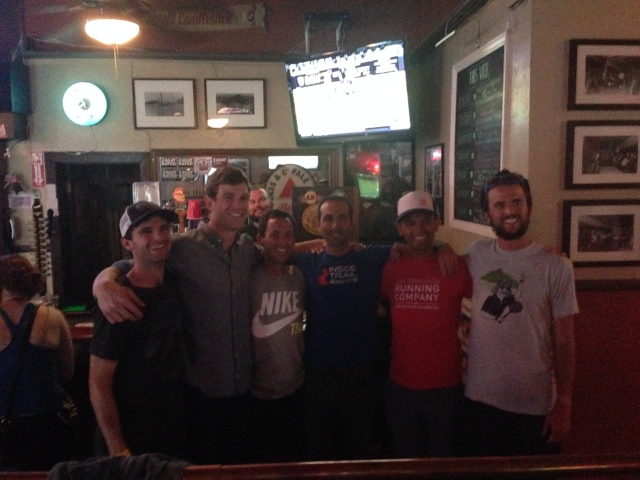 TamBros at #TheDeuce. Thank goodness that beard on the right is gone.

d. Volunteers: More of the most selfless people you’ll meet. They choose to spend their day handing out electrolytes, salt, and various snack foods to runners in all manners of spirits. Race directors and racers alike rely on them for free, mostly cheerful labor and our sport wouldn’t be possible without their generosity.

e. Strangers: Generally, stranger danger is a good term to stick to, but sometimes it isn’t true. Volunteers are often strangers, for example. So are the thousands of people who line the streets/trails of a major (ultra)marathon to cheer for the runners. They provide an unending source of energy to the participants and can make a world of difference.

Edit: 9. Being named male rookie of the year by AJW and finding myself at #10 on the UROY list are hugely unexpected honors. I’ve got big shoes/expectations to fill in 2015, and will do my very best to do so.

Total Miles: 4,001 (Strava has more, but I round my spreadsheet down)

Here are a few charts for the stat people out there:

I think that’s about it. Cheers if you’ve read this whole thing, and here’s to a most excellent 2015. Best of luck with your upcoming races and maybe I’ll see you out there. Speaking of races, here’s my tentative 2015 schedule:

Runner. Donuts. Sneakerhead. Not necessarily in that order. Nike Trail Elite. Picky Bars. Gu. Vicory Sportdesign.
View all posts by afvarner →
This entry was posted in Uncategorized. Bookmark the permalink.

3 Responses to 2014: A (probably) Disrespectful Retrospective